Christmas is officially over. I realise that Christmas was really officially over on twelfth night, some time ago. The decorations have long since been packed back into their boxes and restored to their high up inaccessible places ready for next year’s bout of figuring out which lights worked and which ones didn’t.

This however was not the case for my office. The Christmas cards have stayed there all month, totally unnoticed if I am completely honest. Ignored. Call me a miserable git but I don’t send Christmas cards from work. Whilst I don’t mind receiving cards if that’s your thang I far prefer chocolate, wine, whisky and so forth. Doesn’t happen very often mind you.

So today the Christmas cards at work were brutally disposed of. That isn’t entirely true for no brutality was actually employed. I was just feeling around for a dramatic way of putting it across. Emphatic was the other word that came to mind but it didn’t seem right. Perhaps “efficiently swept aside and deposited in the waste bin” might have done it but the fact that they have been there three or four weeks longer than they needed to be doesn’t sound particularly efficient.

Anyway in the bin they are and by now the bin has been emptied and the cards are on their way to the great rubbish tip in the sky, or wherever they are taken in Newark, and are no more.

This is worth examining. On each card was a greeting. The greeting varied from card to card but the sentiment was the same. “Happy Christmas from Reg, Val and the gang at Global Telecoms Solutions Ltd” or some such organisation. Often I have not heard of Reg, or Val, or maybe even both of them but hey, they obviously meant well.

The question is did the sentiment die with the card or does it live on in spirit? This is similar to the fridge/light bulb question but totally different. If you don’t know what I’m talking about Google it. You may not find the answer but it will keep you quiet for a few minutes. To find the answer is going part of the way towards finding the meaning of life. To go the rest of the way will take more than a few Christmas cards.

I went to a philosophy lecture the other week at the White Hart Hotel in Lincoln. It was a most enjoyable evening. When I first arrived I got talking to a woman and somehow the conversation got around to religion, possibly because of the philosophic theme of the night. It was at that point I must have mentioned that I couldn’t understand the whole religion thing despite having lived for a year in a theological hostel – Coleg y Bedyddwyr, Bala Bangor (again Google it).

Known affectionately as Bala Bang the hostel was populated by a rich mix of Ministers of Religion in waiting and rugby playing good time boys who were there because of its low cost and proximity to the library and bookshops (ie pubs and takeaways) in Upper Bangor. It was there that I discovered Bill Parry’s duck.

I was making food in the kitchen one day and in walked one of the apprentice inmates known as Dai Chink (don’t ask) with a gentleman in a dog collar. I was introduced to the visitor who proceeded to ask me whether I supported football. I replied that I didn’t which somewhat threw him. He had had in mind a line of reasoning designed to persuade me to abandon my wanton life of hanging out in pubs and playing pool for a simpler and more rewarding existence that comprised a service to a Higher Authority.

Rather than ask me what sport I did like he proceeded to tell me that if I was a football supporter I would be wanting to cheer my team all the time, wouldn’t I? I replied somewhat cautiously that I might but wasn’t completely sure about this. He went on to say that the lads that lived in Bala Bang did support a team and were cheering them on all of the time.

At this point I found my feet and said that I lived here and didn’t hear the lads cheering all the time. The line changed to a metaphoric cheer (!?) and that their team was God’s team. Oh okay I said and proceeded to eat my food, the missionary pitch being over as far as I was concerned. As an afterthought I said that he knew my name but he hadn’t told me his. At this he said that I didn’t want to know who he was which I accepted without concern.

Dai Chink however butted in and proudly announced that this was the reverend Bill Parry. I’d never heard of him and at that point we kissed goodbye (metaphorically) and they went on their way.

That night I remembered the incident and related it to the boys in the pub. It turned out that the reverend Bill Parry was infamous for his duck. Bill Parry’s duck was a World War 2 amphibious landing vehicle that he had bought with the intention of sailing with his family to Australia!

His first attempt ended in failure as the duck apparently sank in Caernarfon harbour, a few metres after leaving the quayside. His second attempt was slightly more successful but still only made it a few hundred yards further into the Menai Straights at which point it sank for good and the project was abandoned.

Both attempts made the local TV news in Wales and understandably made Bill Parry a bit of a laughing stock. He was by the time I met him a minister without a parish as presumably nobody would have him.

The story was slotted away in my list of anecdotes to be occasionally recanted over the years when the conversation turned to religion, or maybe even football.

There is a nice twist in the tail of this story. I was out with some of my old university mates a couple of years ago and I said “whatever happened to Bill Parry?”. The story goes that Bill is now a Sandra, or some similar female name. What a wonderful way to round off the story I thought.

Returning to the present I told that very story to the woman with whom I was chatting to at the White Hart. It didn’t raise much of a giggle and turned out she was a journalist working for a Christian publication.

A friend arrived and I moved on. It was an interesting evening. This was partly because the lecture and pursuant debate was enjoyable and partly because to a certain extent it crystallised my thoughts on the subject of philosophy – highly valuable considering my involvement with the philosopherontap movement.

The lecture covered the subject of Simulation Theory and the Matrix. The Matrix is a movie – Google it. Simulation Theory holds that we all just exist as simulations run by a civilisation more advanced than ours.

There are some convincing logical arguments in support of the theory although no certainty. It is an interesting philosophical subject to debate. During the debate there were some quite revealing questions from the audience. Some clearly didn’t have the intellectual capacity to follow the argument. Others clearly felt very uncomfortable with a line of reasoning that clashed with their own religious beliefs. At some stage it was mentioned that surely a people with the capability to run such simulations were dangerously close to being god-like, which was “obviously not possible”. The lecturer had logical answers to all the points made by the audience.

The bit of the debate that crystallized my own thoughts was the notion that none of this process of logical thinking was ever going to lead to anyone finding the meaning of life.  This was almost certainly the case whichever line of philosophy being considered though it doesn’t take away the value of the subject as a line of academic study and debate.

So I was left with my own original perspective that the meaning of life would either never be discovered or that there isn’t one so I might as well enjoy myself while I am here. The organiser of the evening had anticipated this because there was a wonderful drinks ordering system designed so that people didn’t have to get up to go to the bar. All you had to do was send a text to a particular mobile number with your order and table number. My pint of lager appeared within minutes of sending a text – surely a miracle! J

You can decide for yourselves if there is an answer to the Christmas card question but given the choice my preference is whisky or wine. 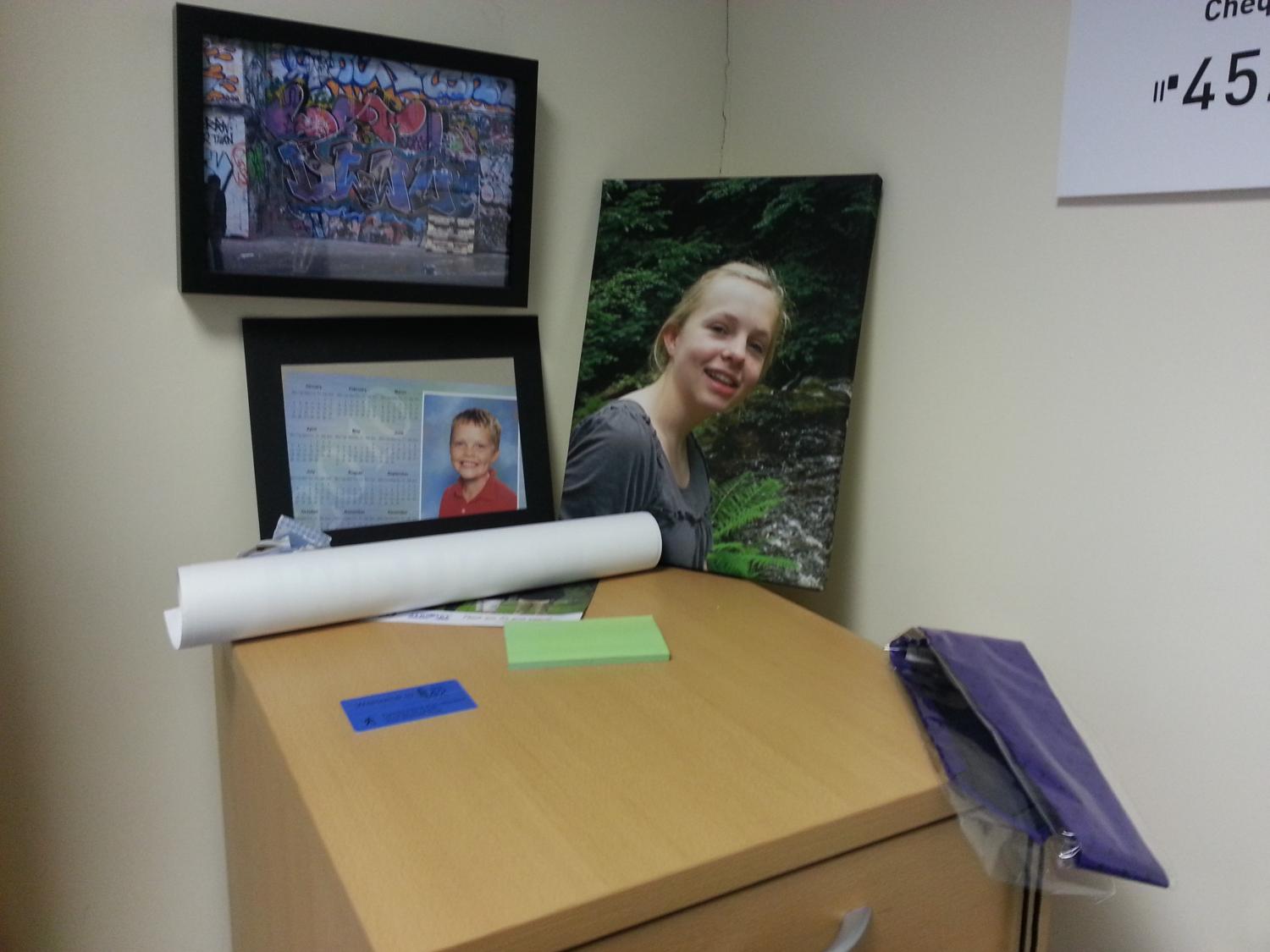 It’s another cold day in Glocamorra. I’ve just noticed that the heating switched itself off so I’ve changed it to “all day”.  Today is one of those gentle no pressure days. I have some boxes of kids books to put up in the attic and Hannah to pick up from Newark Northgate train station and that’s the lot.

There is something romantic about a railway station. The start or the end of an adventure. Of course this is not always the case. You might be one of the entrapped majority, slavishly arriving for your regular commute, cursing a delay, the absence of a seat or the underperformance of the air-conditioning system.

Do not talk to anyone and avoid eye contact.

This was traditionally achieved by carrying
END_OF_DOCUMENT_TOKEN_TO_BE_REPLACED